Tell Frankfort to vote NO on any expansion of gambling 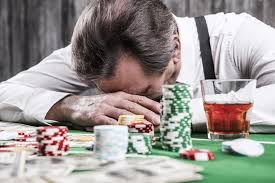 "Moderate" Republican Leaders in the Kentucky House of Representatives may try to pass SB 120 to Expand the Power & Influence of the Billion-Dollar Gambling Industry.  For years "Moderate"Republican leaders at the state and federal levels have punished Conservative Christian Legislators by killing their bills, giving them undesirable committee assignments and running and funding more liberal Republican candidates against them in Republican primaries.  Our more Conservative Christian Legislators must either vote for Hard-Core Gambling Bills or have their bills killed by "Moderate" Republican leaders.

Ask your State Representative not to side with Republican "moderates, and VOTE to OPPOSE SB 120!Gambling Industry & "Moderate" Republican leaders will try to defeat the more Conservative Christian State Legislators who oppose expanding gambling throughout Kentucky and its corrupting influences on our state and its culture.

If that operator offers to take your message, politely decline.  Then call 502-564-8100 and ask to be connected to your state representative.

If his secretary can’t connect you, politely ask her to have him return your call BEFORE VOTING on SB 120 because the Billion-Dollar Gambling Industry will try to defeat our most conservative Kentucky legislators who oppose
their corrupting influence on Kentucky’s culture.

Also CLICK to send an email to your KY state legislators.

Undecided? - Listen to Dr Hershael York's plea with others.

The Commonwealth Policy Center provides numerous resources on the gambling issue. You can find policy backgrounders here, an op-ed on Historic Horse Racing here, and our interview with the Director of Stop Predatory Gambling here.

Four Truths of Gambling Expansion (abbreviated from The Kentucky Citizen.)
1. The family is targeted. Gambling does not produce wealth, it only makes wealth change hands. All the BILLIONS of dollars that is gambled is just a shift of assets FROM the hands of the family INTO the hands of the gambling industry. The government will get its share simply by taxing the money as it changes hands.
2. Business will lose. Think about it, after all the losses, parents can't afford to take the family out to eat, buy new clothes, purchase new appliances or finance an addition to the house. Other businesses will suffer because money is TAKEN OUT of the economy. And when families go bankrupt, the businesses the family owes loses even more.
3. Government will be corrupted.  With millions going into the hands of the gambling industry, who will become the greatest contributor and most influential group in the political process? Look what happened to Nevada, where gambling was legalized one year, and then later on prostitution was legalized to embellish the gamblers "good times". And now Las Vegas has 13 abortion clinics. "Nice" legislators who will reluctantly vote for gambling today will themselves be replace by pro-gambling legislators that will not care one iota about the family. We will not escape the corruption of our values.
4. The Vulnerable will be destroyed.  Finances are not the worst costs to families. There will be some citizens, poor in spirit as well as poor in financial assets, whose lives will be totally destroyed -- marriage-damaging financial stress, alcoholism, drug use, child neglect and abuse, spouse neglect and abuse, divorce, depression, suicide, embezzlement, imprisonment and crime (both victim and perpetrator).

Please CLICK on the Link to send an email to your KY state legislator.