Tell the President "No" to Red Flag Laws 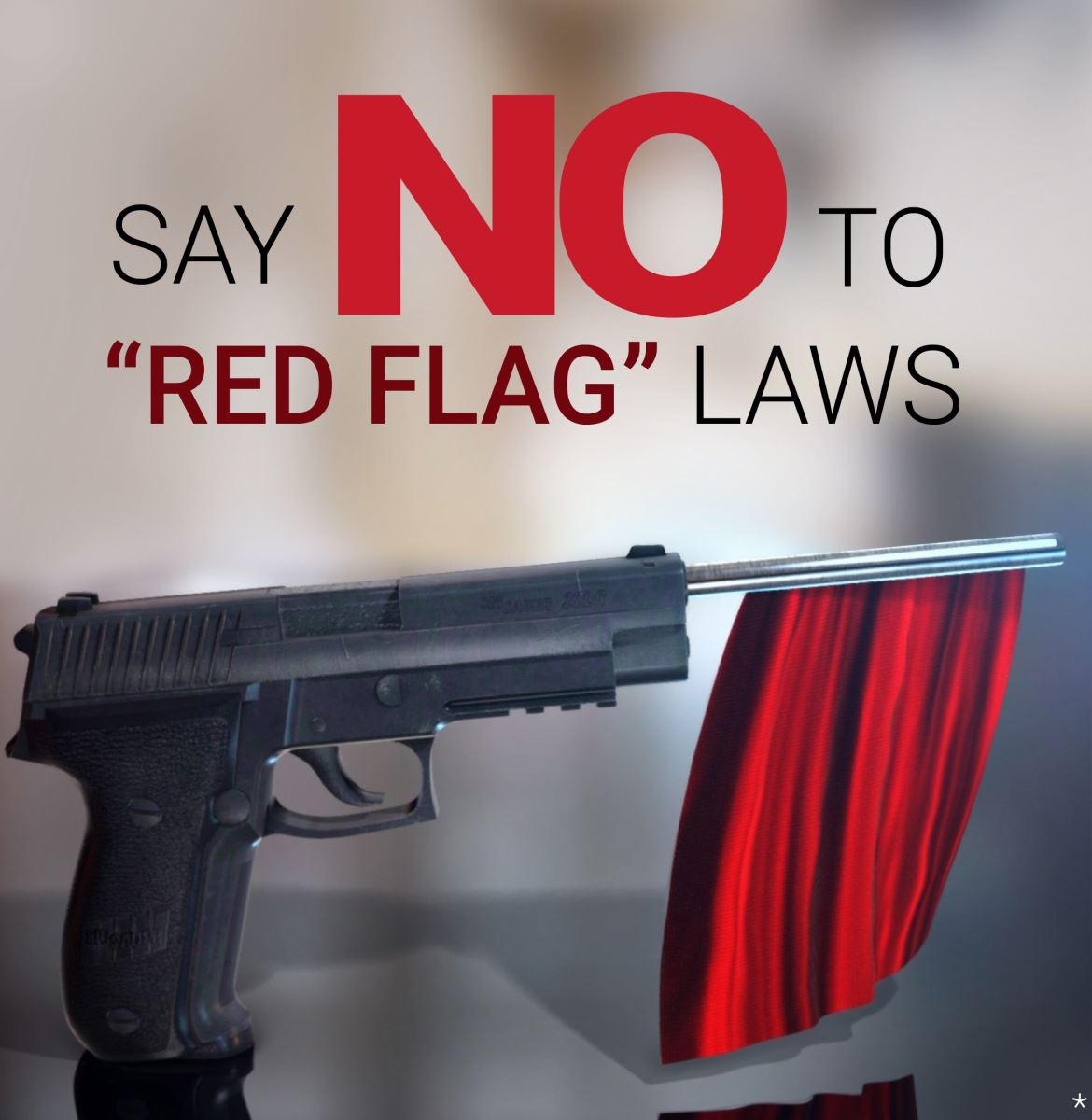 Call and email President Trump and your Senators now and ask them to say
NO to "Red Flag" Laws
The crucial difference between existing laws and âred flagâ laws are that the existing laws allow for due process rights to be exercised, and the burden of proof is on the party making the accusation, rather than on the accused.

This right to due process and presumed innocence has always been fundamental to US jurisprudence.

âRed flagâ laws are just an excuse for trampling on the most-fundamental rights of citizens in a free society.

There would be a real danger in âred flagâ laws to be abused by political opponents who would weaponize these laws to punish people with whom they disagree.

The conservative movement in America has been hard hit by people who seek to oppress conservative free speech just because they do not like (or hate) the conservative message. The âred flagâ laws would only further the maltreatment of patriotic conservative Americans.

We have already witnessed the IRS weaponize against American citizens simply due to their political points of view.

The murderer of the Marjory Douglas High School incident had years of actual âred flagsâ.  The killer had beaten his adoptive mother, sent death threats to others students, and held a gun to someoneâs head and other crimes.  All these could have been used to adjudicate him as mentally ill to be placed in a mental institution for help.  This tragedy and many others had plenty of âred flagsâ that government entities failed to recognize that allowed these murderers to legally purchase weapons.

The President and Congress cannot, in good conscience, violate the rights of innocent Americans to cover up the fact that government agencies failed to use existing methods and laws to prevent mass murder.