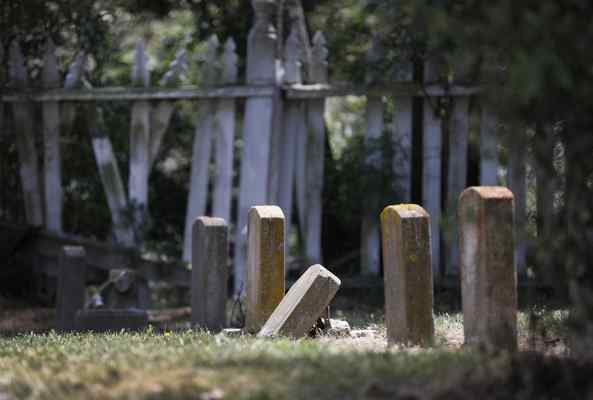 The Issue
The Mare Island Naval Cemetery (MINC) is the oldest military cemetery on the west coast. It is the final resting place for 996 of our country's heroes, some of whom fought in the War of 1812. Designated as a National Historic Landmark, three Congressional Medal of Honor recipients are buried there, as is Anna Key Turner, daughter of Francis Scott Key, and her husband, who fought in the War of 1812. However, the cemetery has fallen into an unacceptable state of disrepair, including cracked and fallen headstones, since being managed by the cash-strapped City of Vallejo, CA after the Mare Island Naval Shipyard closed in 1996.

The federal government left MINC behind and did not provide any funding to restore it to honorable conditions nor any support for its immense ongoing maintenance. Maintenance today is done by a handful of volunteers.This historic site should be restored and preserved.

The Solution
Congressman Mike Thompson (CA-5) has authored an amendment to the 2020 National Defense Authorization Act (NDAA) to authorize the Secretary of Defense to provide $250,000 per year for the maintenance, preservation and operation of the Mare Island Naval Cemetery, in Vallejo, California. These funds can only be provided to a historic preservation foundation, designated by the City of Vallejo, which will administer the funds and manage the cemetery on a day-to-day basis. Rep. Thompson previously introduced a standalone bill H.R. 578 that would have transferred the cemetery to the National Cemetery Administration (NCA), however due to opposition from the Department of Veterans Affairs it did not move forward.

We are asking the Senate to agree to this amendment in the final bill, and take a major step forward for taking care of this historic cemetery! In addition to the Navy League this legislation is also supported by the American Legion, Veterans of Foreign Wars (VFW), Disabled American Veterans (DAV), AMVETS (American Veterans), and thousands of veterans across the country.

Why you should take action
Our American Veterans buried in the oldest military cemetery on our west coast deserve as much respect as our Veterans buried in other national cemeteries. Please ask your Senator to support this legislation. The veterans who were laid to rest in this cemetery served our country with honor and distinction, and their final resting place should be maintained with the honor they deserve, the cemetery should be preserved and maintained for future generations to visit and reflect upon the service of so many. Thank you for supporting our Veterans and our fallen heroes.